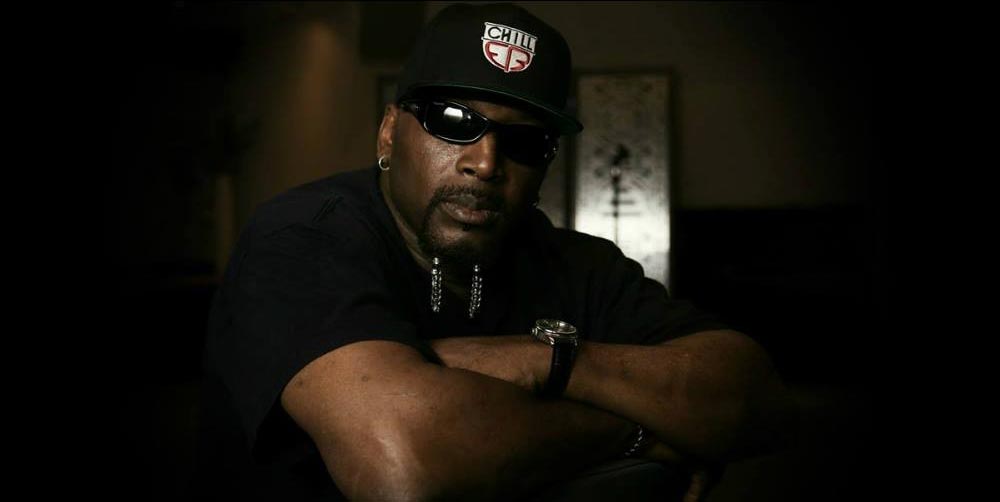 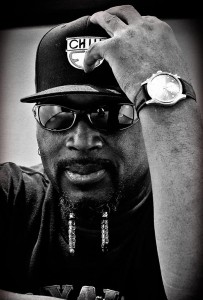 Born in Jacksonville, North Carolina, Chill E.B. spent the majority of his childhood in Germany. Just following high school, he enlisted and served in the U.S. Army. At an intimidating 6 foot 5 inches tall, the United States Veteran later received a basketball scholarship to Lon Morris Junior College and East Texas State University, which he accepted.

While attending the university, he played the role of Nat Turner in a theatrical play called, Judgement of the Troublemakers. Screen legend James Earl Jones who was in attendance, was moved by Chill E.B.’s performance and encouraged him to “pursue the arts.” After a few semesters, Chill E.B. took his advice and relocated to California. Soon after he released his first single “Freedom” on an independent label. He received national attention in 1992 with his video “Menace To Society” which was on heavy rotation across American television screens (BET, Video Jukebox and California Music Channel). Chill E.B. was inspired to write his defiant song “Menace to Society” when he heard a tragic story about a 13 year old boy who dealt drugs to help feed his mother and sister.

In 1993, punk rock legend Jello Biafra heard Chill E.B. at a gig, and months later released Chill E.B.’s 1st EP entitled “Born Suspicious” on Alternative Tentacles Records. Songs from his EP were placed in motion picture films and T.V. shows including: NBC movie of the week—Father & Son (Dangerous Relations), Nash Bridges and CBS movie of the week—Harts of the West.

In 1994, Chill E.B. walked away from the music business, returning later with a fury. In 2008, he created his own record label Kathartic Music Group. In 2010, he dropped on the world his controversial single “Y’all Busted.” His next single “Define Better” grabbed the attention of two kindhearted, A-List stars John Travolta and Kelly Preston, who showed their support by putting Chill E.B.’s video on their websites.

On a massive international world tour since 2010, Chill E.B. has injected his music into the hearts and minds of countless crowds in over 25 countries, and growing. Due to his staunch activism to help others, he has received a growing list of commendations and humanitarian awards, including:

Chill E.B.’s mission—making the world a better place through the art of rap. Using the power of his voice to ignite change in this world, Chill E.B. is the leader of a new musical revolution.